Skip to navigation Skip to content Skip to Footer

Kim, a native of Tucson, Arizona, is one of four children. Her mother, Jackie, had her riding almost before she could walk. She began formal dressage lessons at age 8. At age 11, she was competing at third level Dressage. That year, she discovered Eventing and competed her pony Troublefree at their first Event. Obsessed with the sport, she trained with Canadian rider, Dale Irwin. By age 13, she had taken Troublefree to 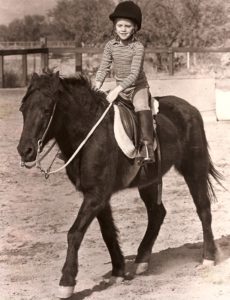 the Training level. Kim was winning at the Preliminary level just two years later, aboard the mare, Meersluft.

By age 16, she had successfully trained three young, inexpensive horses from Novice up to Intermediate level horse trials. Kim was already demonstrating her innate ability to get the very best out of every horse. In 1993, Kim made the cross-country trek to Leesburg, Virginia, to train with Jack LeGoff and Jimmy Wofford. Kim managed the Dominion tack shop in Middleburg before partnering with Linda Wachmeister and Plain Dealing Farm in 1996. Kim was originally hired to exercise horses and coach Linda’s two daughters. Linda then agreed to sponsor Kim’s pursuit of International competition. Kim credits much of the success in her career to Linda.

Rolex, World Games and the Olympics! 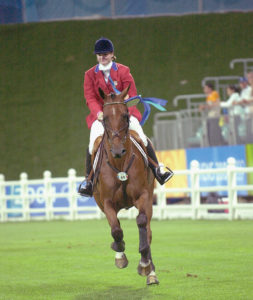 Kim went on to win the Rolex Kentucky CCI4* three times with Winsome Adante “Dan” in 2002, 2004, and 2005. Kim and Dan were part of the gold medal winning USA team at the 2002 World Equestrian Games in Jerez, Spain. They placed 6th individually. (This was Kim’s first time riding for the United States). This pair also competed at the 2004 Olympics in Athens, Greece, where they won the individual silver medal and team bronze.

In 2004, Kim was ranked the #1 F.E.I. rider in the world, an Eventing superstar with a total dedication to success. Kim and Dan were named to the 2006 USA World Equestrian Games where they competed in Aachen, Germany. At these Games, Kim was the Developing Riders Coach, assisting Chef D’Equipe, Captain Mark Phillips. Kim and Dan finished 3rd at Badminton in 2007 before he was retired later that year.

In the fall of 2007, after 11 wonderful years at Plain Dealing Farm, Kim took the next step in her career and has ventured out on her own. She has established her own successful business, Kim Severson Eventing, LLC.

Under Kim’s guidance, her student, Nina Ligon was named the #1 USEA young rider in 2010 and 2011 and won the prestigious 2011 F.E.I. Rising Star Award. Kim helped Nina reach her ultimate goal of riding at the London 2012 Olympics and coached Team Thailand at the Asian Games in 2010.

Kim continues to train, compete around the world and give lessons and clinics to aspiring Olympians.

For the latest news and updates follow us on